The ironworks are a valuable example of the type of traditional hydraulic steel installations that used the low oven for direct reduction of iron ore, and which were the precursors of the blast furnaces of the 19th century. They were part of a kind of rural industry that took advantage of a series of basic resources for its operation: the river water force was used to drive hydraulic mills and large areas of forest to make the charcoal which was used to reduce iron ore and finally, the iron ore mines from which the raw material were extracted to make wrought iron.

The greatest development of this activity was between the sixteenth and nineteenth centuries, as it was then when a specialisation and division of the work was carried out by these hydraulic installations, differentiating between the biggest and smaller forges (mazos or machucos) with the first reducing iron ore to transform it into wrought iron and steel and the second, the blacksmiths and forges which turned the wrought iron into tools and domestic implements.

The forge at Bogo, also known as the forge of Vilaboa, is a good example of this type of pre-industrial steel mill. It is located next to the Reigadas River (from where the hydraulic force is obtained to move the bellows and mallet), in the centre of Fraga (undisturbed forestation) de As Reigadas (where the forest provided the necessary charcoal to reduce iron ore) and very close to the iron deposits known as “As Veneiras” (from where, almost all of the raw iron ore was extracted).

Although the first documented proof of this forge dates from 1537, some historians indicate that the beginnings of this ironworks date back to 1534. There is also documentation on a smaller and older forge located in the same place where the current one is located although no remains exist. In the Land Registry documentation of Ensenada (mid-18th century) there are 2 hammer forges located in the place of Machuco, very close to the ironworks of Bogo (or Vilaboa) with the ruins of one of them which can still be seen, confirming that work was divided as explained earlier with smaller forges or Machucos being constructed near large ironworks. 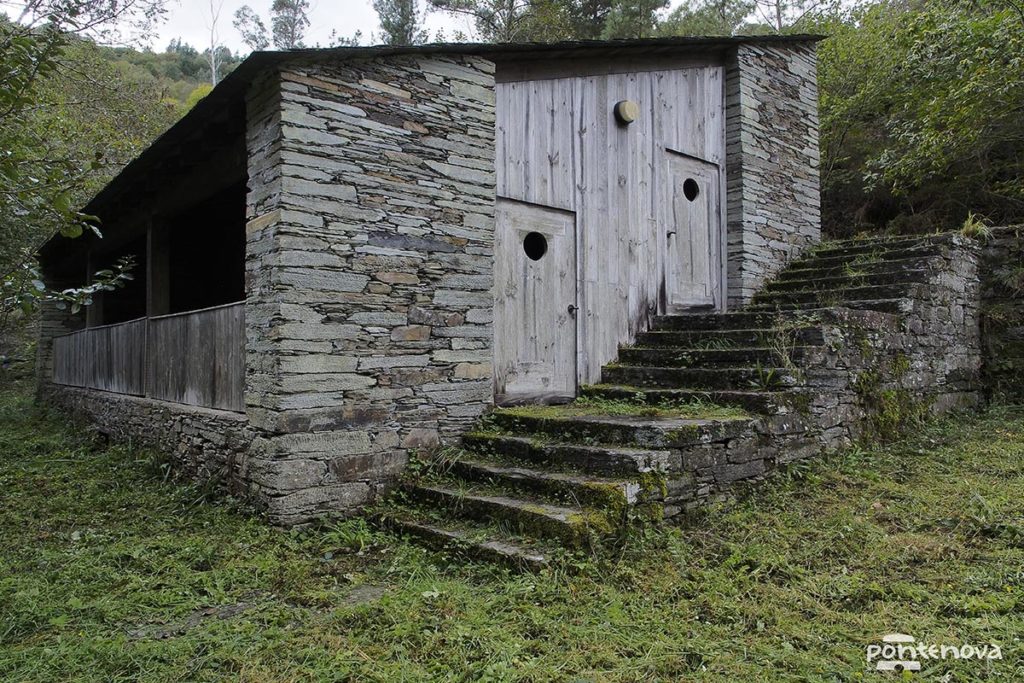