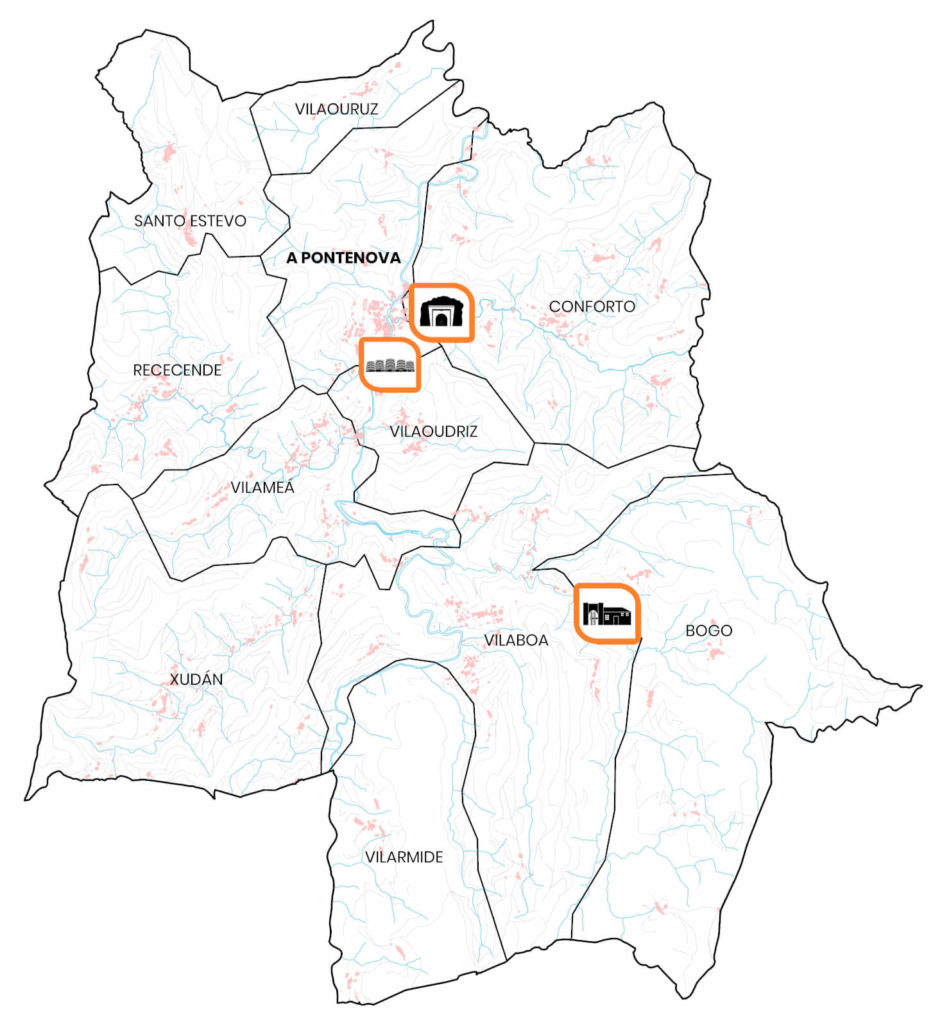 Although there are countless small deposits of sedimentary iron ore scattered throughout the area, the ones closest to the Eo river basin were developed on a larger scale for demineralisation of iron ore. Specifically, the largest and oldest iron deposits were located in Vilaoudriz, in the contact zone between the massive quartzites of the “Layers of the Eo” and the so-called “Pizarras de Luarca”, within a geological structure with U shape known as “Sinclinal de Vilaoudriz”. The mineralization of this kind of iron ore was formed about 450 million years ago, in the Middle-Superior Ordovician, during the Paleozoic Era.

These mines, Vilaoudriz (A Pontenova), together with those of Viveiro, were the most productive iron mines in Galicia, and the ore extracted from them was among the first to trade in the international iron market so, given its importance, they still appear in all modern geological-miners latest maps and catalogs, nationally and internationally and also in the Recent Map of Mining Heritage of Galicia.