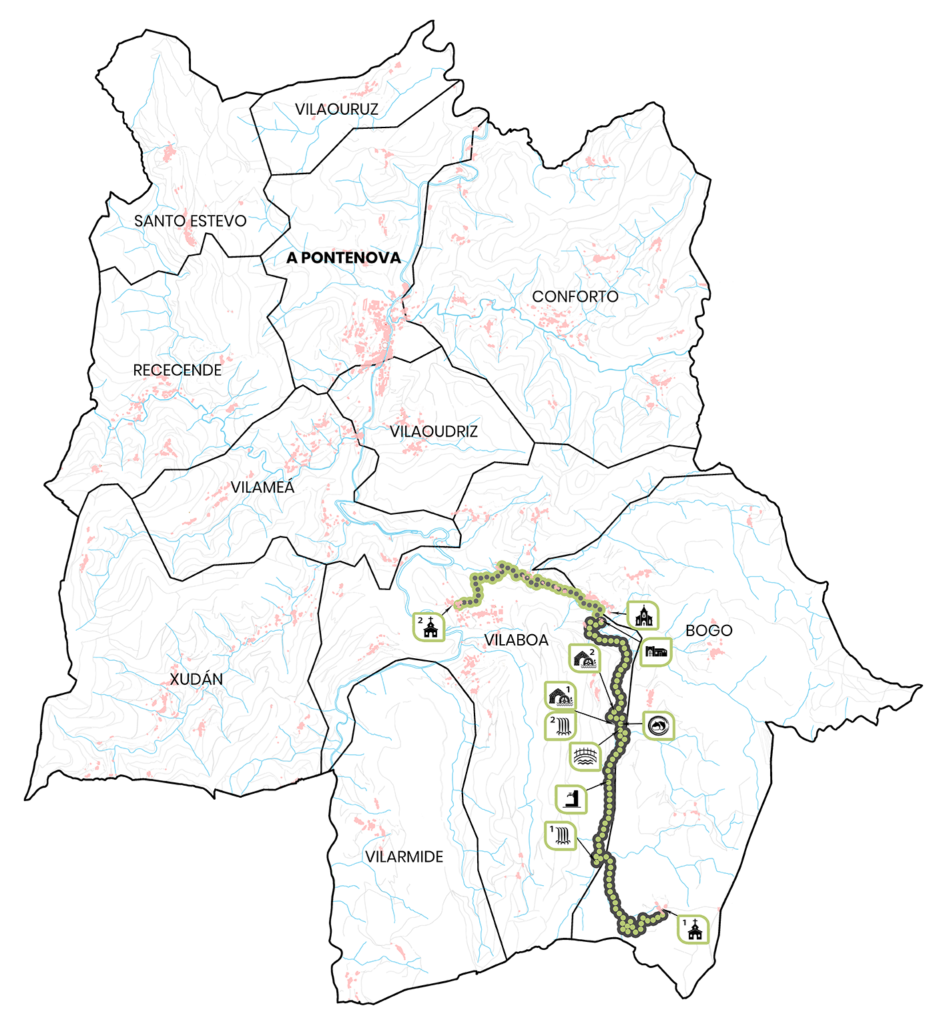 This linear route that runs along roads called “The fishermen” and is located within the“Río Eo, Oscos e Terras de Burón” area, declared as a Biosphere Reserve by UNESCO in 2007 and included in the LIC Carballido (Protected European Area).

Its route runs along the course of the Reigadas River and one of its many tributaries such as the Bounote, entering the heart of the Fraga de As Reigadas, one of the most important and best preserved Atlantic forests of Europe, in which oak and chestnut predominate, but in which the elm, yew and rowan trees, also stand out for their rarity.

The route ends at the old Ferrería de Bogo (also known as Ferrería de Vilaboa), founded in the year 1534 by the gentleman Pedro de Miranda. This ethnographic set comprises: a small reservoir with a waterfall and the feeding channel to divert water from the river to the banzado, (water tank) powering the forge with mallet, bellows and a small power plant. 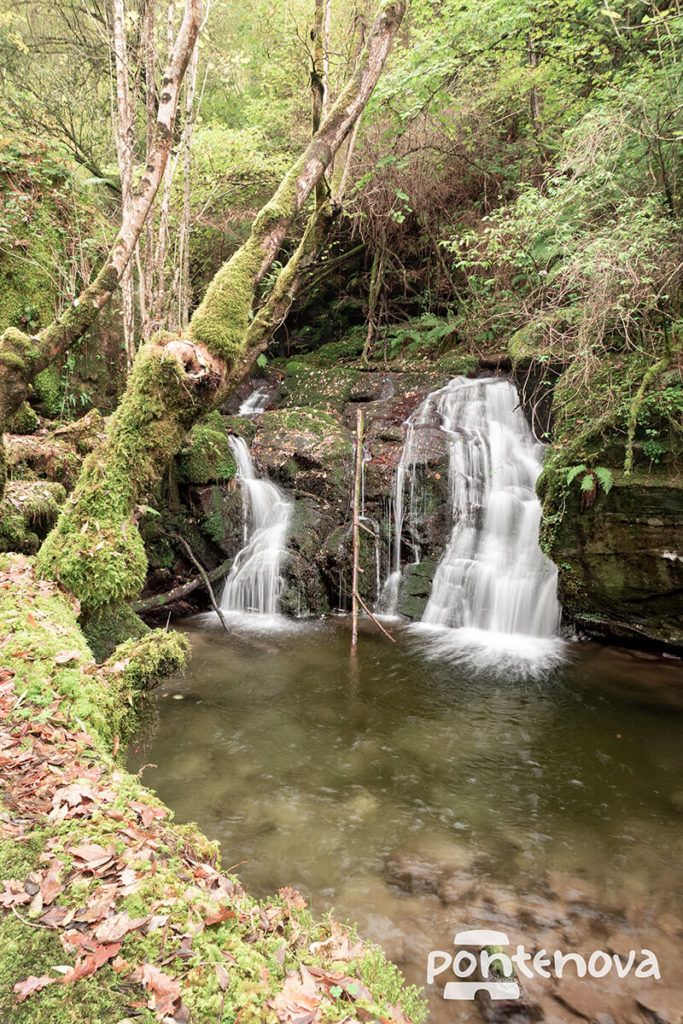 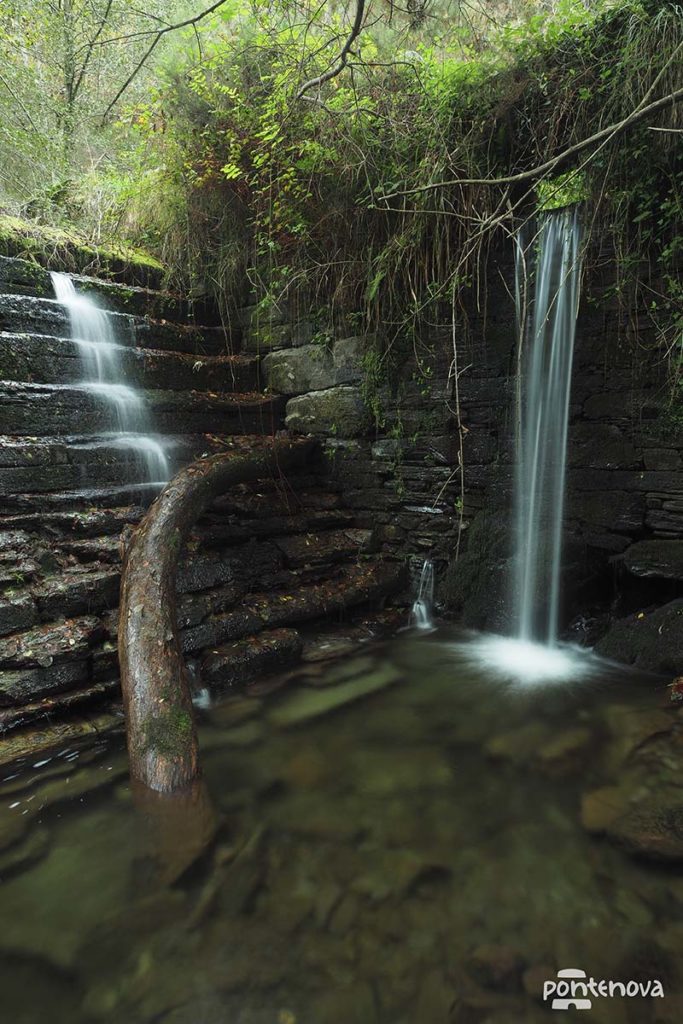 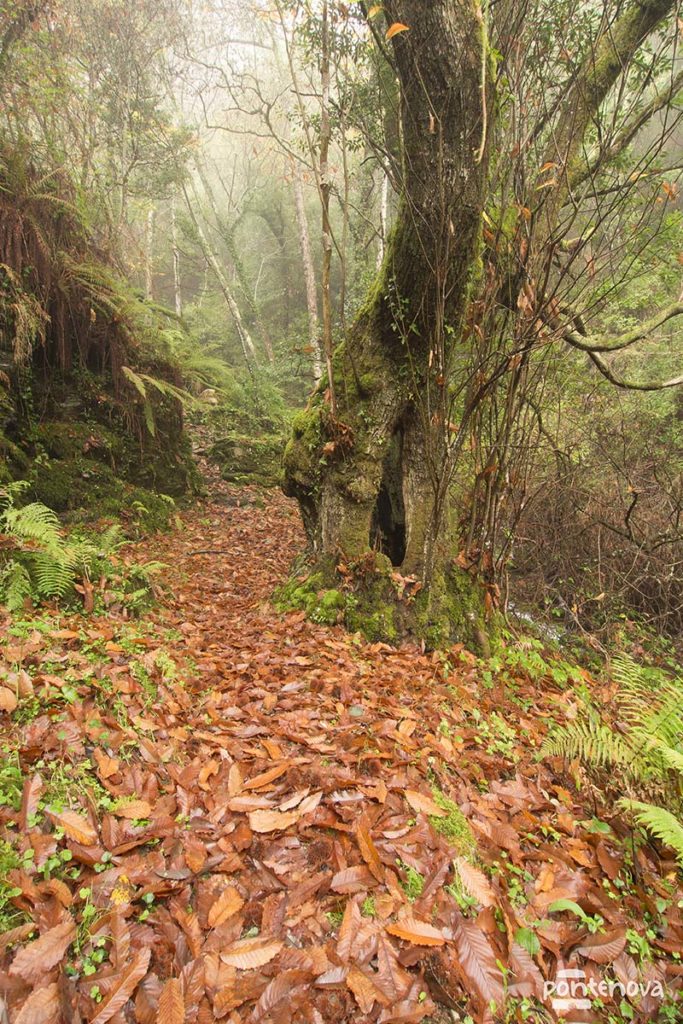